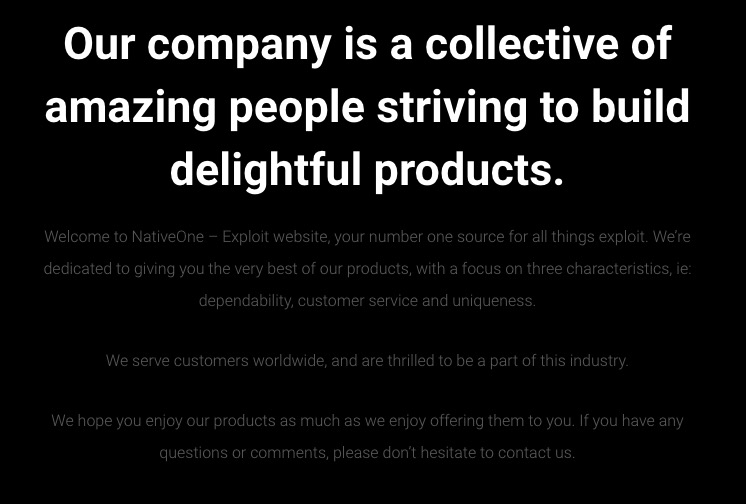 This article discusses Windows shortcuts (LNK files) as a medium to deploy malware and/or establish persistence. In the initial stages of an attack, threat actors are gravitating more towards the use of malicious shortcuts that deploy malware by executing code in the context of so-called living-off-the-land binaries (LOLbins) – legitimate executables that are readily available on Windows systems, such as powershell.exeor mshta.exe – to bypass detection. Threat actors conveniently build malicious LNK files with Windows system capabilities or tools specifically designed for that purpose, and then distribute the files to victims, usually through phishing emails.

Because of these advantages, threat actors are widely abusing shortcuts. Since Microsoft’s announcement that Office applications will by default disable the execution of Office macros in the context of documents that originate from untrusted sources, there has been a significant uptick in malicious actors using alternative mediums for deploying malware, such as malicious Windows Apps and shortcuts (LNK files). We covered malicious Windows Apps in a previous article. In this article, we focus on malicious shortcuts and provide:

Given the popularity of LNK files among threat actors, the dynamics of the cybercrime market for tools has quickly adjusted to serve the demand for tools that build malicious LNK files in a configurable and convenient manner. We spotlight in this section the mLNK and QuantumBuilder tools for building malicious LNK files. We observed that these tools have recently received updates and are currently being intensively advertised in the cybercrime web space.

The mLNK tool – released by NativeOne, a tool vendor on the cybercrime scene – is known for its configurability and ease of use. NativeOne released the newest version of the tool, version 4.2, in June 2022. We observed an intensive advertising campaign for the new mLNK version on cybercrime forums and market places.

Similar to mLNK, the QuantumBuilder tool is configurable and easy to use, enabling threat actors to conveniently create malicious LNK files. In May 2022, we started observing an advertising campaign for a new QuantumBuilder version in the cybercrime web space, consistent with other reports.

The actors behind the QuantumBuilder tool distinguish between public, VIP, and private users, and sell the tool for a basic price of €189. The following figure depicts the price list of QuantumBuilder as advertised online, including the advantages of becoming a VIP or private QuantumBuilder user.

It is interesting to note that the actors behind QuantumBuilder advertise the tool by claiming that Office macros as a medium for deploying malware “are for the most part dead”, referring to Microsoft’s decision to disable by default Office macro execution in the context of documents that originate from untrusted sources.

A number of widespread attack campaigns that involve malicious shortcuts are active at the time of writing this article:

How Threat Actors Are Abusing Shortcuts

In this section, we characterize malicious shortcuts by analyzing the filesystem path to the shortcut target and the command line arguments that the system specifies at shortcut target activation. We take a snapshot of the current malicious shortcut landscape based on VirusTotal as a mass repository of representative malicious LNK file samples. We analyzed 27510 LNK file samples submitted to VirusTotal between July 14th, 2021 and July 14th, 2022. All samples were considered malicious by at least 30 vendors. 68.89% of the LNK file samples were submitted in 2022, and the remaining 31.11% in 2021.

We provide current insights about execution chains that originate from malicious shortcuts to assist threat detection and hunting efforts. The section How Does Windows Execute Shortcuts? below provides background information on Windows shortcuts and the system activities that take place when a user executes a shortcut.

The shortcut targets are LOLbins and/or enable the execution of attacker-specified code and/or executables. We observed the following targets at the top of the list:

Malicious shortcuts activate cmd.exe as the shortcut target to execute one or multiple Windows commands (typically implemented as executables that reside in the %SystemRoot%\System32 folder), and/or attacker-provided files:

Malicious shortcuts execute multiple Windows commands and/or attacker-provided files through cmd.exe by specifying them as part of command statements that are chained with the & symbol. The chained command statements are part of the command line arguments of the shortcut target cmd.exe.

The malicious shortcuts we analyzed execute a variety of Windows commands through cmd.exe.

We categorize the commands as follows:

The majority of the filenames of the attacker-provided .exe files that the malicious shortcuts we analyzed execute through cmd.exe are random – 99.914% of the filenames are random and only 0.086% are non-random (comprehensible), such as streamer.exe, setup.exe, or windowsupdater.exe.

We observed a very diverse set of 253 different filename extensions of the attacker-provided non-.exe files that the malicious shortcuts we analyzed execute through cmd.exe.

We observed character padding mostly in shortcuts that targeted powershell.exe. In addition, we observed string concatenation and the use of the caret (^) symbol for target and/or command line argument obfuscation in approximately 2.5% of the samples.

How Does Windows Execute Shortcuts?

The user interface of the Windows operating system, a component referred to as the Windows Shell, manages and conceptually represents as objects entities that users interact with. Objects include entities that reside on the filesystem, such as files and folders, as well as other entities, such as networked computers. The Windows Shell structures these objects into a namespace – the Shell namespace.

The shortcut target of malLNK.lnk is C:\Windows\System32\cmd.exe and the command line argument is:

In summary, the activated shortcut target uses the Explorer utility to execute an executable, manipulates the System and Hidden attributes of executables, copies an executable, and executes the copied executable.

The following figure depicts a simplified overview of the activities that the Windows operating system conducts to activate a shortcut target through an LNK file. We take malLNK.lnk as a running example.

CShellLink::InvokeCommand is implemented in %SystemRoot%\System32\windows.storage.dll (label [3]). The CMINVOKECOMMANDINFOEX data structure that the CShellLink::InvokeCommand function takes as its parameter has only a few fields populated, for example, the mandatory cbSize field (specifies the size ofCMINVOKECOMMANDINFOEX in bytes) and lpDirectory(W).

The figure below depicts the content of the CMINVOKECOMMANDINFOEX structure that CShellLink::InvokeCommand takes as its parameter. malLNK.lnk resides in the C:\Users\<user>\Desktop\malLNK folder – this determines the values of the lpDirectory(W) fields.

The invocation of CRegistryVerbsContextMenu::InvokeCommand leads to the creation of a new process by invoking the CreateProcessW function that is implemented in %SystemRoot%\System32\kernel32.dll (label [7]). The command line of this process is the shortcut target and the command line argument, as shown below.

Recommendations for Investigators and Users

Investigators should consider highly suspicious any Windows shortcut (LNK file) that exhibits the following in the execution chain that originates from the shortcut:

Users should stay vigilant against phishing attacks and refrain from executing attached files that originate from unknown sources. Threat actors are distributing malicious LNK files through phishing emails at a mass scale and there is a substantial number of active widespread attack campaigns that involve malicious shortcuts. The malicious LNK files often come with misleading filenames and icons masquerading as important documents or critical software to lure users into activating the shortcuts.